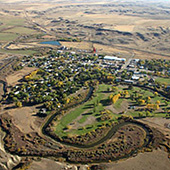 In summer it was the farm, and freedom and loneliness and the clean sharpening of the senses, the feeling of strong personal identity in the midst of a wide, cleanly-bounded world; but the rest of the year it was the town, sunk in its ancient river valley hemmed in by the bench hills, and that was another life…. That life centered around the three houses on the cutbank side of the west bend, and the bath houses behind, on the bank, that the boy got to use only for a short time in the spring. In winter they were used as storehouses by the three families in that end of the town. (238) 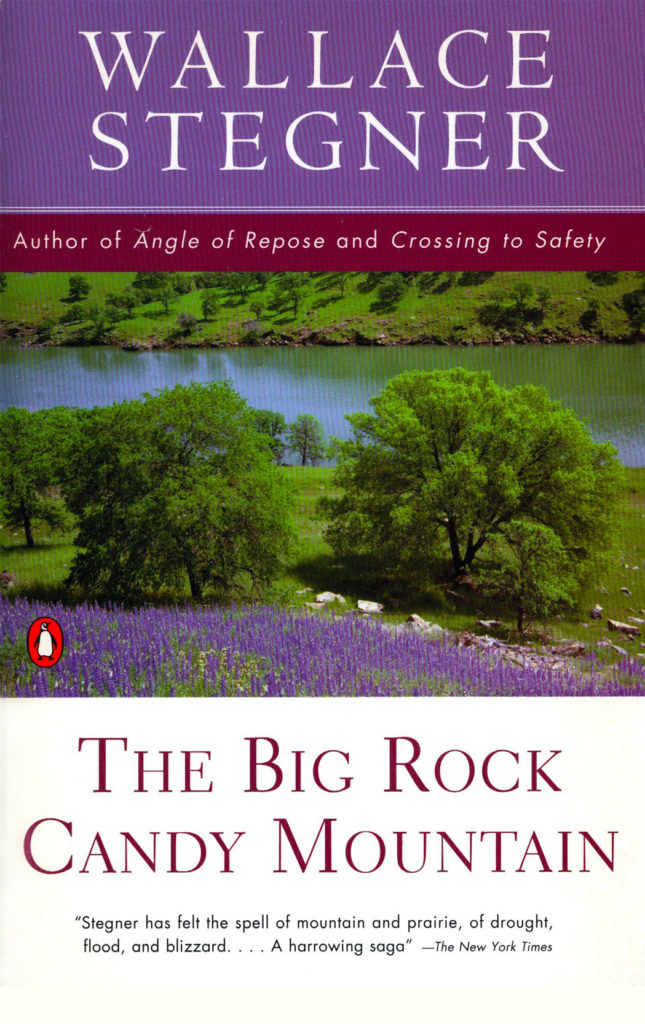 The Big Rock Candy Mountain is Stegner’s fictional telling of his troubled family’s search for wealth and happiness in the far-flung Canadian and American West. Father Bo Mason reaches for the big score—the candy mountain—in North Dakota, Saskatchewan, Montana, and Utah, including running a bootlegging operation during Prohibition. Despite his charm and intelligence, Bo fails time and again, sending his wife and two sons into despair and black humor. The novel provides a kaleidoscopic portrait of the West in the pre-Depression years while depicting a son’s coming to terms with his father’s troubled legacy.

While the settings in The Big Rock Candy Mountain clearly reference actual locales, it is understood that the book—including its places—is ultimately the product of the author’s imagination. The intent of this literary map is to enrich the reading experience by interpreting those places, not to render them literally or definitively. 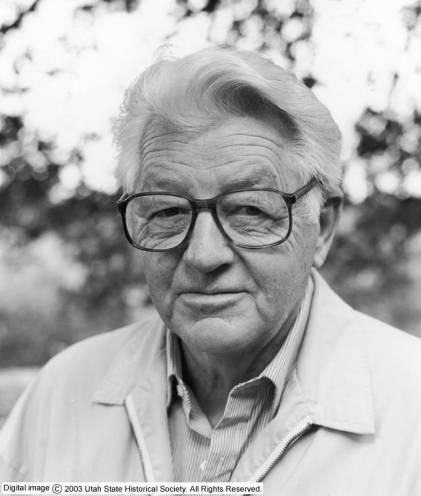 Wallace Stegner was born in Iowa in 1909. He received his B.A. from the University of Utah and completed graduate work at Iowa. He taught at the University of Wisconsin and Harvard before settling into an enduring, influential role as creative writing mentor at Stanford University. Stegner remains a towering presence in Western American literature, having produced first-rate books in multiple genres, including Angle of Repose for which Stegner won the Pulitzer Prize in 1972. He died in Santa Fe in 1993.