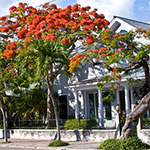 from “Here and There”

There in Key West, the singer lies asleep,
perhaps under a fan, after playing late
at the café. They kept her playing and singing
by the edge of the warm gulf
(after she’d watched the sun drop into it,
staying to cup Hesperus in her small hands
against the wind that rises suddenly then,
Until his flame caught) – they wouldn’t let her stop
at one o’clock. Now the current
runs past the island very fast
as if in panic. But the trees flower
calmly in the heat outside her house. 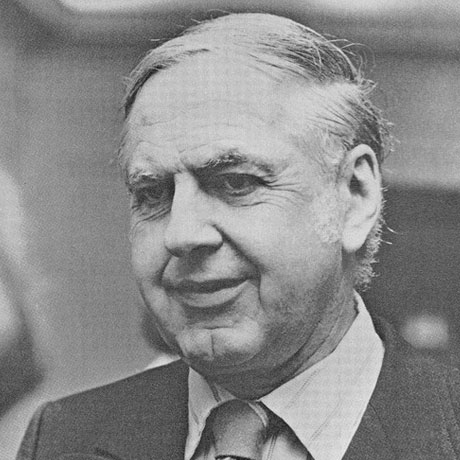 William Meredith was born in New York City in 1919, graduated from Princeton in 1940, and served as a naval aviator during the Second World War. During his service, his first book of poems, Love Letter from an Impossible Land, was published. After teaching for a few years while still in the U.S. Navy Reserves—first at Princeton, then at the University of Hawaii—Meredith returned to the Navy as a pilot in the Korean War. Always writing and publishing poetry, he went on to win a Pulitzer Prize (for Partial Accounts: New and Selected Poems) as well as the National Book Award (for Effort at Speech: New and Selected Poems), among other prizes and distinctions. Meredith served as a chancellor of the Academy of American Poets and as a consultant in poetry to the Library of Congress.