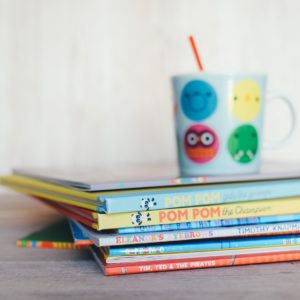 Chris Barton is the author of picture books including bestseller Shark vs. Train, Sibert Honor-winning The Day-Glo Brothers, Orbis Pictus honoree Dazzle Ships, and Whoosh! Lonnie Johnson’s Super-Soaking Stream of Inventions. His newest books include Fire Truck vs. Dragon, What Do You Do with a Voice Like That?, All of a Sudden and Forever: Help and Healing After the Oklahoma City Bombing, and the upcoming How to Make a Book (About My Dog). Chris and his wife, YA/middle-grade novelist Jennifer Ziegler, live in Austin, Texas, where Chris has advocated for greater diversity in children’s literature by co-founding the Modern First Library program with BookPeople.  Visit Chris online at www.chrisbarton.info. 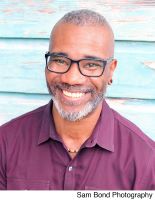 Don Tate is an award-winning illustrator of numerous critically acclaimed books for children, including Carter Reads the Newspaper, Whoosh! Lonnie Johnson’s Super-Soaking Stream of Inventions, The Amazing Age of John Roy Lynch, and many others. New titles include William Still and his Freedom Stories: Father of the Underground Railroad and Swish! The Slam-Dunking, Alley-Ooping, High-Flying Harlem Globetrotters. Don is a founding host of the The Brown Bookshelf –a blog dedicated to books for African American young readers. Don lives with his family in Austin, Texas.  Visit Don online at www.dontate.com.

Janet Fox writes award-winning fiction and non-fiction for children of all ages. Her debut middle grade novel The Charmed Children of Rookskill Castle received starred reviews and the sequel, The Artifact Hunters was published in 2020. Her debut picture book Volcano Dreams is nonfiction set in Yellowstone National Park. Janet’s newest book, Carry Me Home, is a middle grade contemporary novel due out in 2021. Janet lives in Bozeman, Montana.  Visit Janet online at www.janetsfox.com.

The Festival is made possible by the Bozeman Public Library Foundation, Humanities Montana, First Security Bank, Wells Fargo, Zoot, Gilhousen Family Foundation, Jane and Bill Quinn, and others who value the importance of children’s writers and illustrators. All who love children’s books are invited!