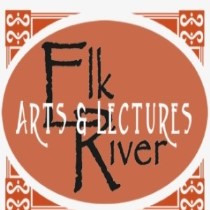 Obreht was the youngest winner of the Orange Prize for her debut novel, The Tiger’s Wife. She’s a National Book Award finalist, a National Book Foundation “5 Under 35” honoree and was named by The New Yorker as one of the 20 best American fiction writers under 40.

Her latest book, Inland, is set in the “lawless, drought-ridden lands of the Arizona Territory in 1893 … grounded in true but little-known history.” As in her first novel, Inland is lightly infused with the mythical and mysterious. Kirkus Reviews writes that Inland is “saturated in enough realism and magic to make the ghost of Gabriel García Márquez grin… The final, luminous chapter is six pages that will take your breath away.”

Her work has been anthologized in The Best American Short Stories and The Best American Non-Required Reading, and has appeared in The New Yorker, Harper’s, The Atlantic, Vogue, Esquire and Zoetrope: All-Story, among many others. She was the recipient of the Rona Jaffe fellowship from the Dorothy and Lewis B. Cullman Center for Scholars and Writers at the New York Public Library, and a 2016 fellowship from the National Endowment for the Arts. A Serbian native, Obreht’s family immigrated to the United States when she was a teenager, and she currently teaches at Hunter College in New York.

During Obreht’s visit—which is made possible in part through a grant from the Park County Community Foundation — she also will meet with students at Park High School. The free, public event will take place upstairs at Elk River Books, and will include a book signing and reception.