Traveler’s Rest State Park: And Yet They Persisted with Mary Jane Bradbury

Traveler’s Rest State Park: And Yet They Persisted with Mary Jane Bradbury 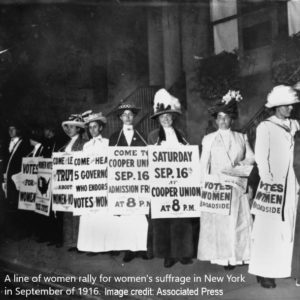 The road to achieving votes for women was grueling, filled with biases and complexities. It’s an important history to understand, not only for the tactics women used to prevail against the status quo of their day, but for the belief that women have an important role to play in the future. The reformers and activists of the past have given us a legacy to build on as we keep the conversation alive and continue to strive for equality in America.

“If they don’t give you a seat at the table, bring a folding chair,” embodies the uncompromising, independent leadership necessary for what the suffragist movement aspired: a vote, a voice and a vocation.