The first letter comes from Gerald Fetz of Missoula, a former board member and interim executive director.

As an undergraduate student in Oregon, Washington, and Germany, I majored in both German studies and history but also took courses in several other humanities areas: philosophy, religion, art history, political science, English, world literature, and sociology. Before I had completed my Ph.D. dissertation, I was offered a position at the University of Montana to teach German language and literature.

Near the end of my first year in 1970, I received a note from my department chair and the college dean that I should meet with them. I thought: Oh no, what did I do? Well, it turned out that they had decided I should teach a course the following year in the Introduction to Humanities program. Whew!

I said modestly, “What’s that?”

They told me it was an interdisciplinary course taught by faculty across the campus, starting with the Greeks, then the Romans to the Middle Ages, and then in the third trimester, the modern era. Gulp. I said I didn’t know much about the Greeks, and they said, “You have the summer to study it.”

I mention that here because it was one of the best things that happened to me as a teacher: It forced me to work closely with colleagues in disciplines from philosophy to art, from biology to chemistry, from French to American history. During those first years in Missoula, of course I got to know parts of Montana, especially the national parks and the state’s western areas. But I knew little about the rest of the state. I met Margaret Kingsland, executive director of what was then called the Montana Committee for the Humanities (MCH), and a couple of the UM faculty members who were serving on the MHC board and who asked me to join the Committee.

The idea of being involved in the public humanities across the state was something I thought could be both interesting and important. Boy, was I right about that. I loved the collaboration on the Committee, the mix of academics and lay members from across the state, and the opportunity to work with many other Montanans near to and far from Missoula. We all learned from each other, and we all also adapted to the uniqueness and needs of our state. The MCH became, thanks to Margaret and the many amazing board members, as well as our partners in towns large and small across the state, one of the top state humanities committees in the country.

Over the years, I held many positions within the council: board member, chair of the board of directors, a position with the Federation of State Humanities Councils, and I even filled in as acting MCH director on three separate occasions while Margaret was on sabbatical.

Clearly, I loved the work and figured out ways to continue teaching at UM during those times, and I was blessed by learning from the public humanities work “out in the state” how important that was for my “on campus work,” and vice-versa.

I met and became colleagues and friends with dozens of Montanans who were humanists in their own realms and ways, whether they were farmers, small business owners, attorneys, community leaders, Native elders, librarians, or school teachers; they were Republicans and Democrats — people with good ideas for public humanities programs and activities. Working together across the state, the MCH became the recipient of several “best programs” across the country, and I’m very happy to say that it has remained one of the top councils in the country, a council that has influenced other state humanities councils and was able to change and adapt to new conditions in the state and in the country.

I have followed the work and the directors of the MCH/HM for many years, have been a proud donor, and have both participated in and been in the audience of many programs it has sponsored. I can honestly say that MCH/HM was one of the most important parts of my personal, public, and academic life over the past 50 years. Thank you. 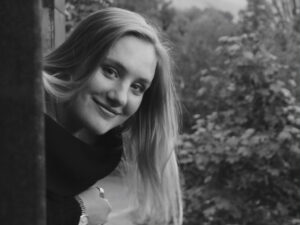